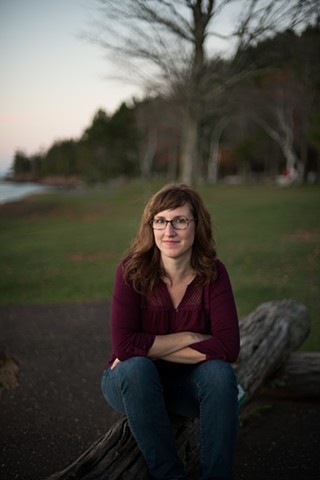 Rachel May, PhD, MFA, is the author of An American Quilt: Unfolding a Story of Family and Slavery, (Pegasus Books, 2018), which was favorably reviewed in The New Yorker, Kirkus, Booklist (starred), The Boston Globe, Publisher's Weekly, and elsewhere, as well as The Benedictines (Braddock Avenue Books, 2016), a story in shorts, The Experiments: A Legend in Pictures and Words (Dusie Press, 2015), sewn images and fiction, and Quilting with a Modern Slant, a Library Journal and Amazon Best Book of 2014 favorably reviewed in The Chicago Tribune, Publisher's Weekly, The Library Journal (starred), The LA Times, The Providence Journal, and MarthaStewartLiving.com. Her embroidered illustrations accompany two novellas published by Jaded Ibis Press and have been shown in galleries in the midwest.

Her work has recently appeared or is forthcoming in The New York Times, Condé Nast Traveler, LitHub, The Millions, Assay: A Journal of Nonfiction Studies, Michigan Quarterly Review, The Volta, LARB, Cream City Review, Word for/Word, Indiana Review, The Literary Review, Meridian, Sleepingfish, among others. She's been a resident and fellow at The Vermont Studio Center, the VCCA, and The Millay Colony, and is an Associate Professor of English at Northern Michigan University.